You’re looking at a 2004 Cessna 172 SP Skyhawk (originally Nav II) updated to TAA (Technically Advanced Airplane) standards in early 2018, and continuously improved since then (e.g. GTN Xi hardware upgrades, updates to the G5 and GTN software features, and the addition of push-button ignition and a CO detector).

Its hybrid mix of traditional round dial training cockpit layout and primary flight display, multifunction display and digital autopilot make it a very flexible plane for primary flight training, transitioning from traditional “steam” to advanced “glass” cockpits, and cross-country flights – both VFR and AP-supported single-pilot IFR.
The plane is equipped with ADS-B In and Out. 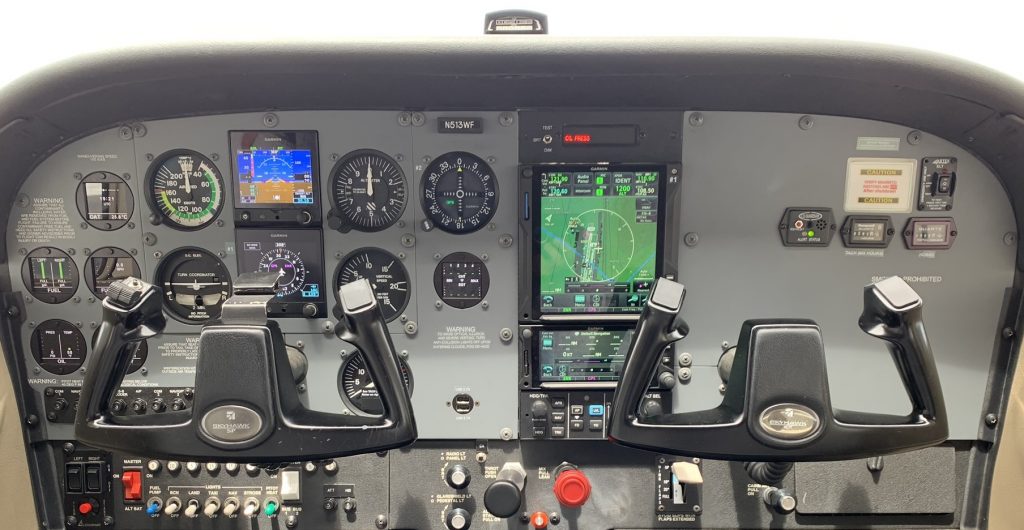 The plane is operated by Galvin Flying at Boeing Field (KBFI), a class D airport near SeaTac, the international airport of Seattle, WA.

Use the dropdown menu above to explore this aircraft!